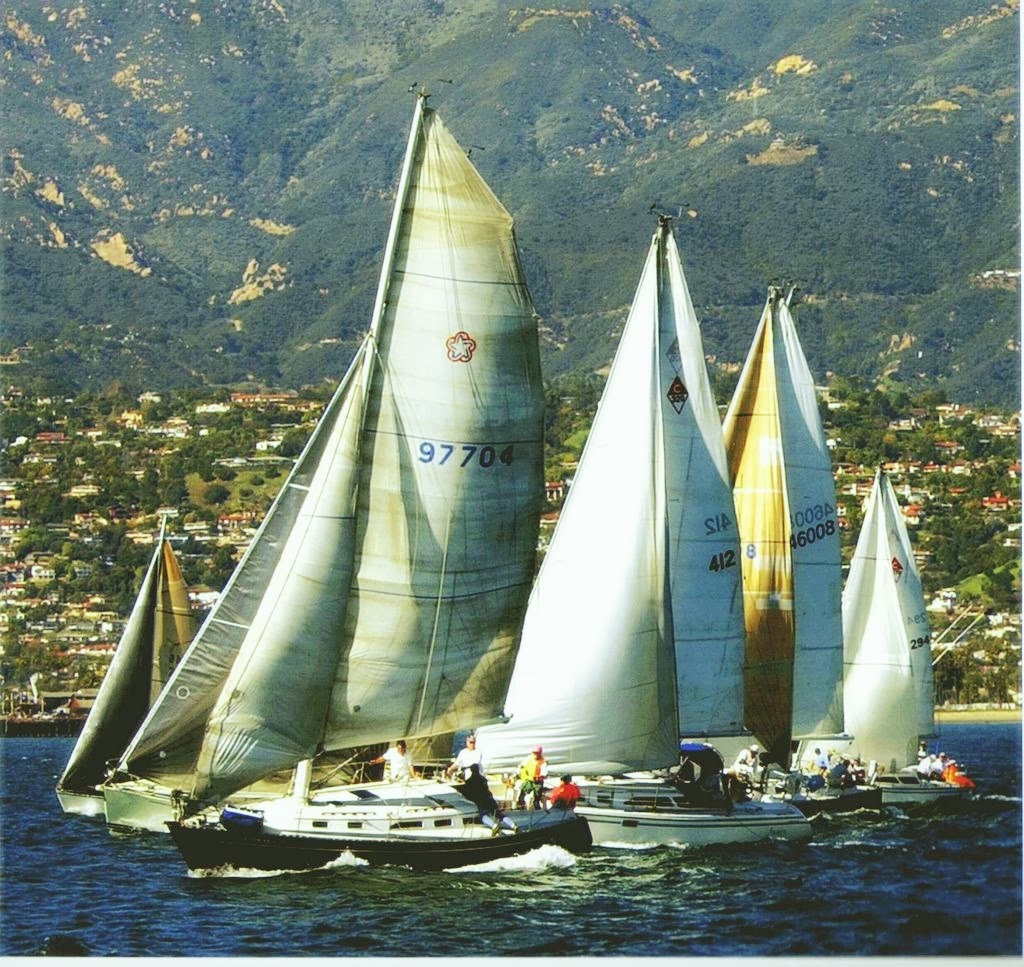 This shot is from the News-Press of ten years ago, this coming Sunday. This was Opening Day, 2004.

Notice there was sufficient wind to get boats up on their edges with bones in their teeth. Notice also, that back then we were launching the spinnaker out of a 'turtle' bag on deck. Don't recall how we did and I can't find records, but our start wasn't too shabby, huh? As I recall, this was a day after rain when the storm was blowing out of our venue.

Hopefully, this Sunday will also offer us a post-rain day. But rain or shine, Opening Days are part-competition and part-party. Since we perform well in both, I hope all of us can meet-up at 1300hrs at the slip to toss lines.
~~Skip
Posted by Doc Häagen-Dazs at 11:40 AM 2 comments:

Beware the Ides of March: Santa Barbarians In Showdown

The English (Barclay's) Premier League is underway. With four games played, it's time to assess my Santa Barbarians' prospects.

This is a 'no clones' league. Unlike some common fantasy leagues, in our league, any real player like Wayne Rooney, can only be assigned to one rotisserie team. That's what is meant by being a 'draft-based' league. 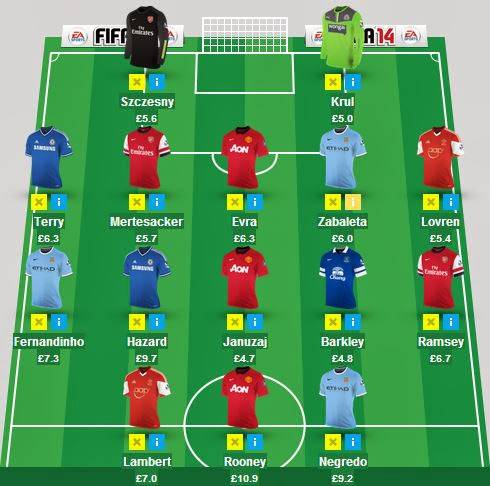 In a 3-hour coast-to-coast conference call on the night of 11 August, nine rottiserie teams were drafted. It was tense and exhausting, especially for a hard-of-hearing old man. But I had prepared well with a effective Excel worksheet. That's what enabled me save enough of my original fictitious £100 million to draft Wayne Rooney in the 15th and final round!

In the weeks that have followed, I have spent some early hours around 4 A.M. looking for early notices of new players enterring The Barclay's Premier league. I have made some astute trades. I have been good, even very good, but I think not good enough. I have missed some 'picks', principally because some of my competing managers are better versed in international soccer than I and all of them have faster, younger, and much more nimble minds than mine. 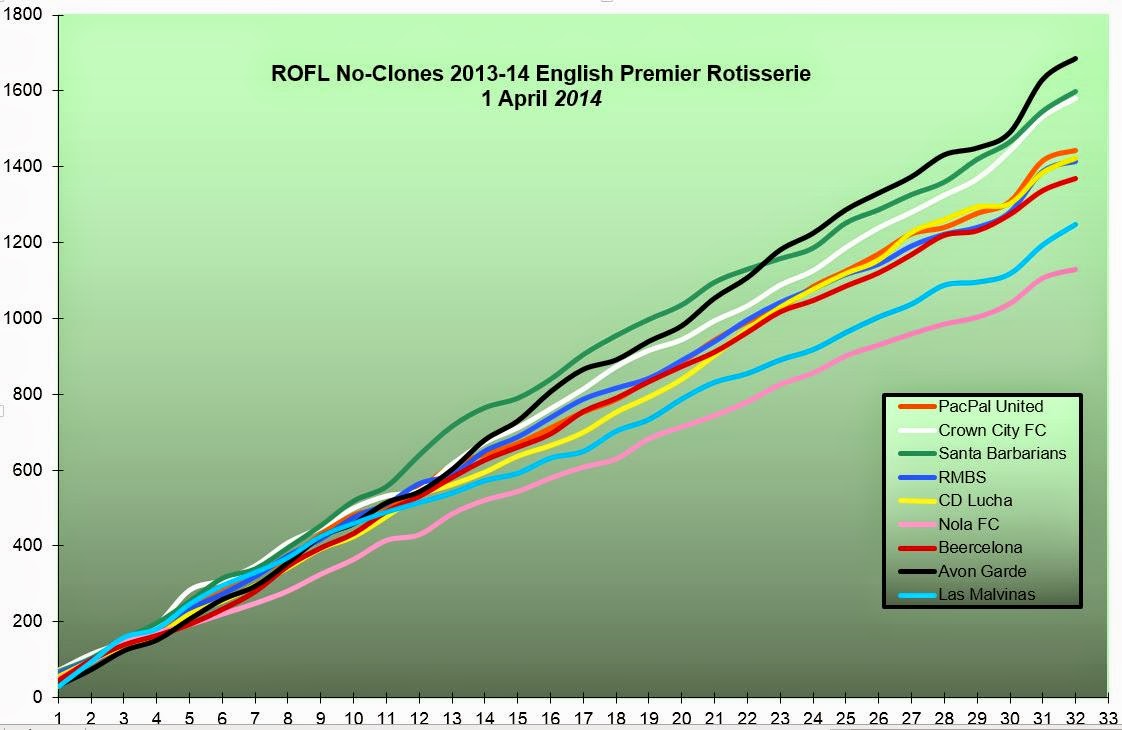 Nevertheless, Santa Barbarians Football Club are in it to win it.

Great day on the water today. Well, we were close to the water anyways, giving back to our GR8 Fleet by serving as Race Committee.

26 boats started and 25 finishers. The DNF-er was caught in a crab pot and skipper had to dive with a machete or something. (Haven't got the full details yet.)

I couldn't confirm the reaching mark was in place so I assigned the fleet a windward leeward race, crossing my fingers the sub-9 knot breeze(s) would hold. They did, somewhat. The 4.77 nm course was completed in a little more than two hours. I gave the fleet exactly the kind of course I would have enjoyed, had I been on the water. Das Boot's crew, under Trophy Wife's peerless leadership, performed perfectly. Satisfaction was enjoyed by all.
Posted by Doc Häagen-Dazs at 10:24 PM 2 comments:

The 2014 Season Starts Off With a Whimper

But I liked it! 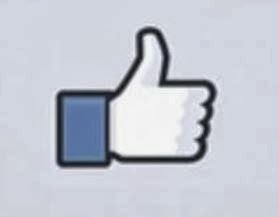 In light airs, 4-9 knots, we finished 17th out of 19 (I think it was). Our personnel was 50 percent new to the boat. I put the time to good use by surrendering the helm to my guest skipper immediately after making a perfect start. This guy has his own boat on the market, knows the routine in our venue and is a thoroughly experienced racer with just a little rust. With his hands on the wheel, supervised by Trophy Wife, I felt at ease moving around on the boat. And, as is always the case when I have a knowledgeable sailor on board, I learned stuff. Today I was able to relearn stuff I had known before but had forgotten. Breaking with routine will do that for you.

Another plus+plus was that new people were afforded time and opportunity to handle different key parts of working the boat, and learned Das Boot's procedures.

Can't wait to get out there again! And soon, before I forgot what our new crew learned!
Posted by Doc Häagen-Dazs at 8:01 PM 3 comments:

Elsewhere in these pages, I have discussed the attributes of Wyliecat-30's. Today, I saw a Classy Ad in Latitude 38 for a Wyliecat. I could not help myself by tossing Latitude without clipping the ad. I not only clipped it but inquired by email.

In return, I received a spec sheet, 21 photos, and a short para detail how much the seller loved his boat for short-handed racing, but that he was retired and intending to go cruising.

I just could not let it be. I responded with this statement: 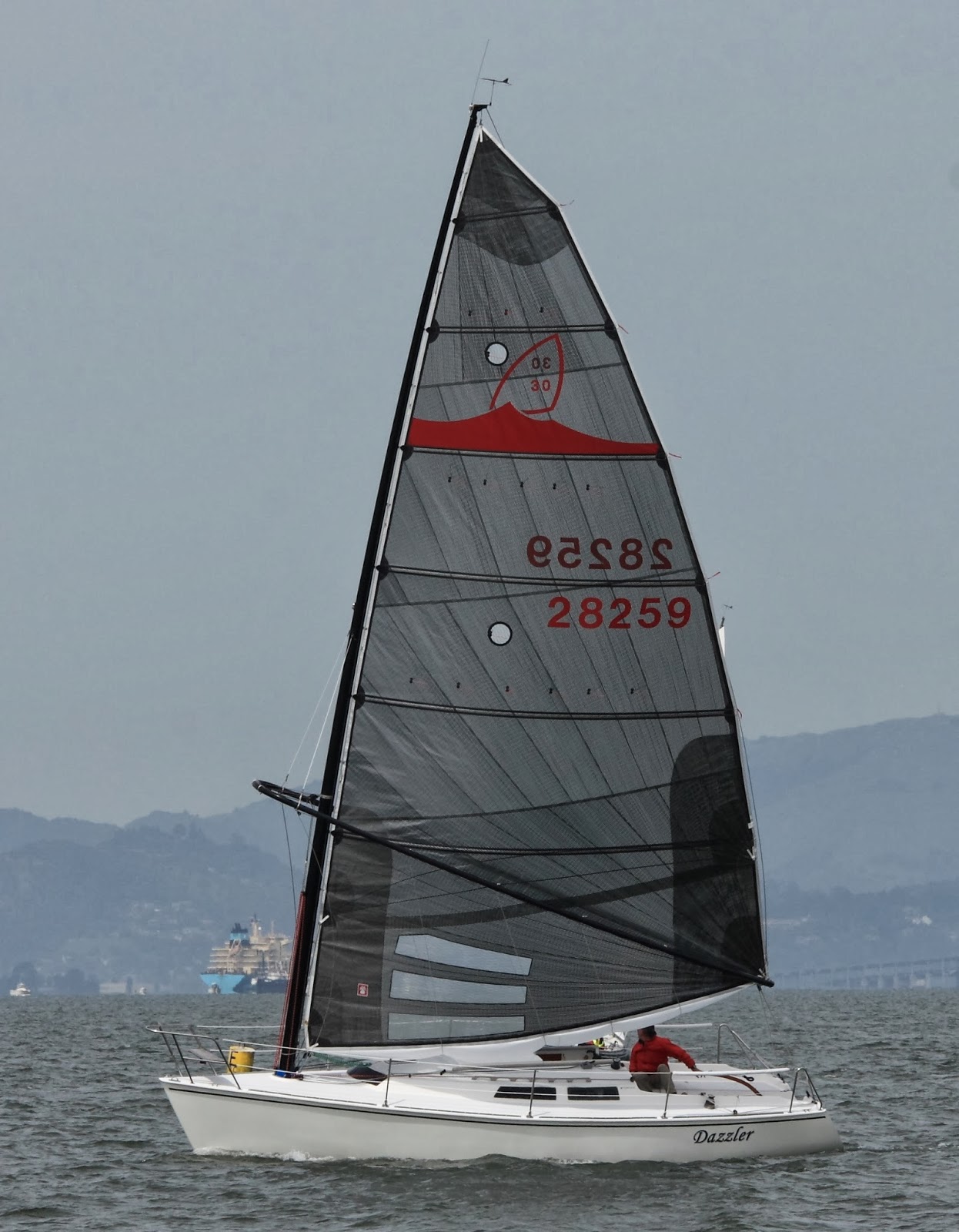 For the last decade I have lusted after Wyliecat 30's and sailed them on a number of occasions. The most memorable was returning Margay up from the Newport Boat Show to Long Beach where her berth was. That I could relax on the deck with the tiller extension in my hands and with my back to the life lines for the timeless trip up without being spelled by the other guy onboard was incredible. This, I knew at that moment, was the ultimate bucket boat for myself (a round-buoy-racer in Santa Barbara), And Dazzler would not have to be renamed! The inboard diesel and carbon mainsail by Pineapple are plus-pluses.

Unhappy for me, my lovely wife could never be talked into downsizing and she has been my racing partner for 44 years! I am retired, too. And in my mid 70's. (You'll never catch me cruising!) At this late juncture, Dazzler becomes available to me a decade too late.

You won't have any trouble selling her.

But I thank you for sending along this photo! (Well, I think I do anyways. . .)