Dazz got back in her slip last night before Halloween and a dark and stormy night descended. 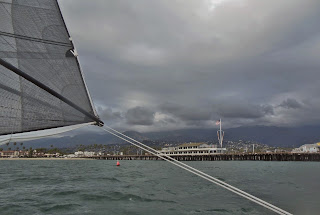 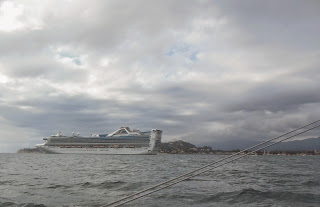 As important as it was to get her out on the water again, I must say it was lonely out there without the presence of another racer. Not that much fun for this sailor not to have a pacer to work with (or against).
Posted by Doc Häagen-Dazs at 11:45 PM 2 comments:

Meaning: the first time our regulars put the boat together and got out on the water early enough to scout the wind, water and kelp and get an organized start.

The start itself was conservatively on starboard. We crossed several port tackers, worked to weather well. 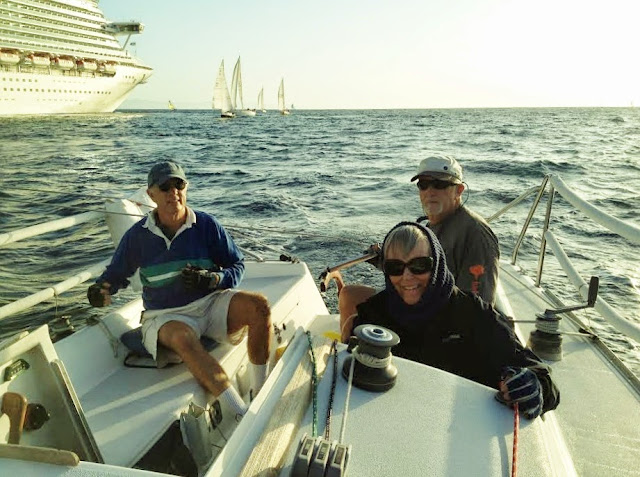 Tacking to port we went up to the kelp line and tacked away. By the time we reached the port lay line for D-Mark, we might have crossed in front of my neighbor's C&C 40, but decided to duck him. We rounded the weather mark behind him and two or three others. But they had their spin hoists in front of them and we already had ours up, so to speak. So we made up good ground on that first reaching leg and then gibing at H-Mark, we made some killings (so to speak). We reached higher than some to go over the Crown Princes liner on the way to the leeward mark. That turned out to be a good decision: spinnaker boats were not so inclined or favored.

As the day went on we managed to develop snappy weight changes and helm changes on tacks. The sail was flattened incredibly for the 15+ knots (at times). All four aboard had time on the helm at one point or another. We were the 5th boat to cross out of a dozen starters!

I call that a good start!
Posted by Doc Häagen-Dazs at 8:27 PM 3 comments:

Escapade's Skipper Will Be Missed... 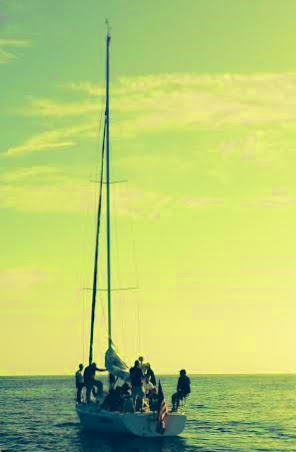 Think we learned that we were basically on the right track. As far as sail trim, anyways. Need to push Dazz into the tactics that Das Boot could do and damn the kelp to the boat hook. Can't be all that bad. Besides, in our venue our fleet is divided between boats who do and boats who don't. Have to go for it.
Posted by Doc Häagen-Dazs at 9:11 PM No comments:

If Only This Race Had Been Shortened!

This race was at 2.88nm in length. It took all but one finisher more than two hours of sailing. For the first 90 minutes, there were no wind-ripples on the water. At that point, we had managed an horizon job on the 20 other starters and we had passed through the gate in front of the Race Committee. If they had shortened the race, we would have a Cinderella ending to the day's story. 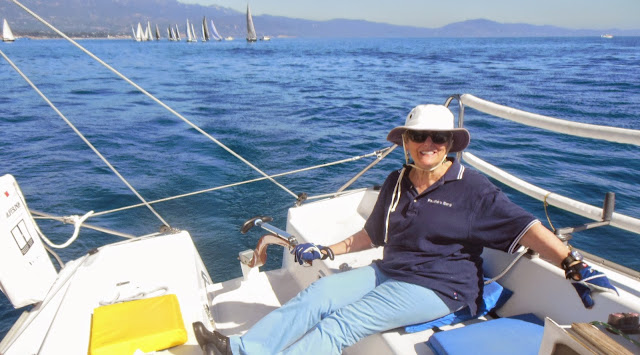 Then the wind totally quit. I honestly cannot account for what happened after that. Sunstroke? Talk of mutiny. Too much beer and not enough ideas. Boats with electronic wind quides began tacking and we were clueless.

Boats began to pass left and right of us. Finally, wind ripples came to us and we were able to make way & wake, as they say.

We weren't too disappointed. Dazz finish 10th out of 21. Except for skipper's errors, we could have bagged the whole bunch.
Posted by Doc Häagen-Dazs at 10:40 PM 5 comments:

This Learning Curve Will Be a Steep One 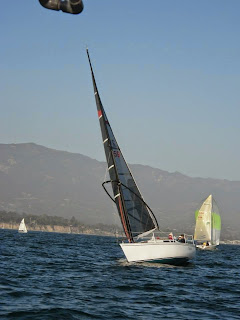 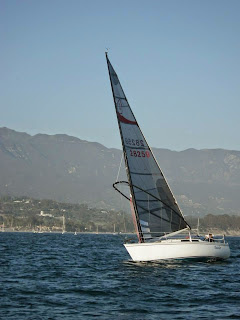 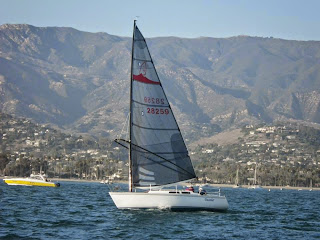 Our 2nd race was marred by not getting the Race Committee's signals right. We learned of the reverse course start 40 seconds before the gun. And we learned of the course number 40 seconds before we approached the final leg. If I had remembered to click the VHF on before getting myself shackled to the tiller, that would have helped considerably. And, ship's binoculars are ordered.

Lessons learned! Right? Allow more time for set up, especially in the beginning days. Allow crew more experience on the helm, for another!

But fun! Especially fun sailing back up to the slip without the noisy engine. Took Trophy Wife and me back to our dinghy days in Newport Beach! 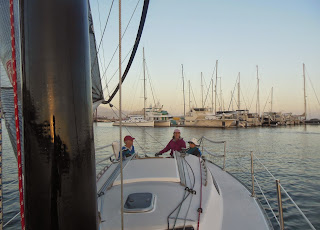 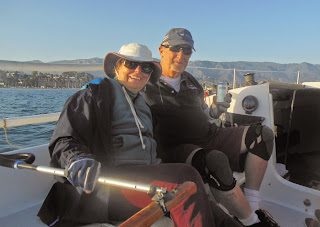