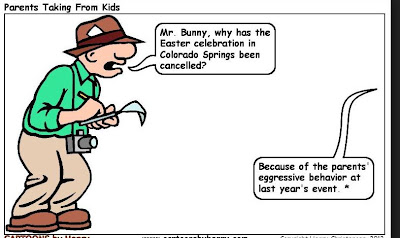 This morning, I sent out the above cartoon as sort of my Easter Greeting to some of my knowing friends. Not until tonight did I note the asterisk. I had to follow it to a link. As soon as I read the 'target' passage, I knew I had to post on this story. Because it is in my blood never to pass up an opportunity to say something positive accurate about my lamentable home town in a public forum.
Posted by Doc Häagen-Dazs at 6:53 PM 4 comments: 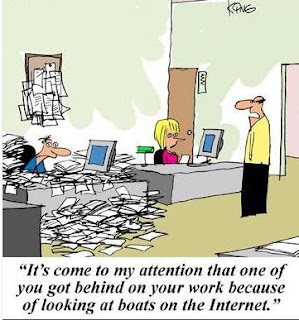 Instead, I'm talking boats which are intimately connected with whatever work we do. Like boats we own which are proverbial holes in the water into which we pour dollar$ require us to work longer hours, limiting hours we could otherwise spend on the water. Or boats which we don't own but just lust after owning, while we are spending long hours in the office.

Most especially the latter.

Every morning, at first light, as I roll out of the port side of the bed, I'm thinking I am having one more of those OPB Days. Other People's Boats. At that hour of the day I'm just so thankful of the prospect of having another day in an upright and vertical position, that I am  not adding aspirations to actually own boat(s) any longer. The nice thing about sailing OPB is the slip fees go away, along with the need to postpone retirement. Sailing OPB, I can learn more about sailing and racing than I can learn on Das Boot. (Who's taught me tons!) That's not only because of the different characteristics of an unfamiliar yacht, but also I can benefit from learning from different skilled crews. Sailing OPB comes out on top because of its cost-benefit ratio alone.

But even then, with my first cup of java, I understand that the OPB day will morph into a different kind of day as the hours drift by. The images pass by my eyes like inevitable way points as I make my passage through the day. First, usually, comes the prospect of MSB (My Son's Boat). Should I borrow his 20-foot keel racer for two years of one-design racing? Lots to learn from the bottom of the fleet there! I'd really have to go back to school in this daydream. And opportunities would abound to go for those magical light wind morning practice sails I've always said I've wanted to do.

The sequence of the day's waypoints vary. Some days the prospect of an Alerion-28 sails by my mid-morning desk. How nice it would be to have such a 'social' and graceful racer grace my slip! I could actually race with novices and not worry about their comfort as I introduced them to my sport and passion. On my Alerion, Trophy Wife and even Doberwoman could accompany me in evening cocktail sails. Oh yes!

Ultimately, my bucket boat shows up right around lunch with a question: am I still young enough to sail a Wyliecat-30? On the Central Coast? There's Wyliecat for sale in the Bay area by an owner who's a year younger than I. But that's in San Francisco. Around the bouys in my waters? It could be a dreamboat. But it's very pricey!

By the time I'm packing up to go home, an old friend arrives at my desk. Das Boot. The boat I have and know. Semper Fi. And can afford. Somewhat. As soon as Diesel Guy gets through, Das Boot and I can grow another crew together. That will be excitement enough for this ol' man!
Posted by Doc Häagen-Dazs at 7:28 AM 7 comments:

I Have Three Women in My Life

Doberwoman makes no secret as to how she feels about Das Boot. Bad enough that she has to play second fiddle to Trophy Wife, but to play 3rd fiddle to a hunk of fiberglass floating the water must be next to intolerable. Recently, any time I take #3 down to the harbor to check on #2, she refuses to come aboard. But Doberwoman is making the most of the present situation, demanding outings as in many venues as possible. This weekend the two of us hit all the local spots in Nature's great cathedral. 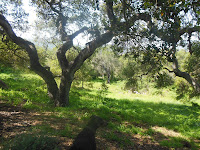 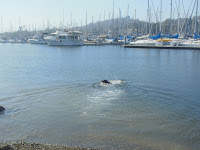 While Doberwoman was swimming her laps in the harbor, my fleet was enjoying a rather long-ish race on the other side of the breakwater. We followed the swimming by walking down to Das Boot to check on the de-humidifier, and encountered Diesel Guy installing new fuel injectors. That was a plus. Progress! After the race, I hung out a little with the guys just for one beer. It was fun with 'the lads' swapping lies and even telling some of my own. But I wasn't out there with them and felt too much like a want-a-be camp follower to hang out any more. But I missed it. A steady 8-9 knots wasn't exactly a great day for Das Boot, performance-wise. Still, doesn't it beat being ashore? But it would have been a great Wyliecat-30 day. There: I said it!
Posted by Doc Häagen-Dazs at 11:00 PM 7 comments: 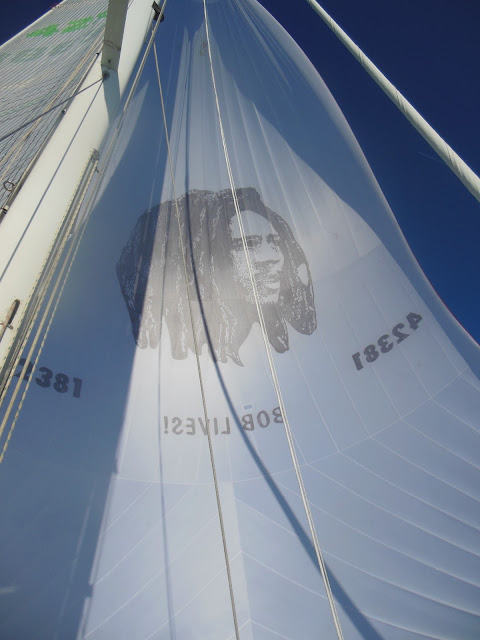 The only thing day-sailing today accomplished was to make me miss Das Boot even more. Playing mainsheet trimmer was a fun role only because I deeply heart everyone one on this emerging team. But a C&C does not represent the direction in which this old man needs to go. Got to light a fire under the diesel guy to get my project back one line: sailing and/or selling. Enough of this dragging at anchor!
Posted by Doc Häagen-Dazs at 11:30 PM 12 comments:

This One Is Not a Novel

A local sailor with whom I have competed on the starting line as well as in table tennis tournaments found himself in this quartet. As reported by FeckTV on 9 February: 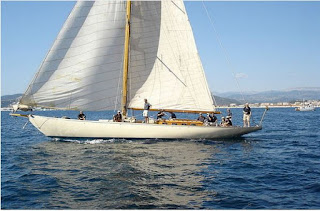 Four Irish sailors have had a lucky escape after being rescued from their sinking yacht off the coast of Bermuda. Their trip of a lifetime turned into a nightmare when the yacht lost battery power and suffered a mechanical failure, stranding it 400 miles off the Delaware coast as weather conditions became more dangerous. The four men were all experience sailors and left the Connecticut two weeks ago aboard ‘Wolfhound’ a 48ft yacht skippered by Alan McGettigan, a member of the Royal Irish Yacht Club in Dun Laoghaire. Mr McGettigan was joined on the voyage by his friends Morgan Crowe, Tom Mulligan (club protest secretary at Dublin Bay Sailing Club), and Dedan Hayes (a solicitor for law firm Arthur Cox). Mr McGettigan had bought the boat in December and the journey was to take them from the US down to Bermuda and then on to Antigua, however disaster struck. A spokesman for the Bermuda Coastguard said the yacht suffered two “knock-downs” (where the boat is tipped over before righting itself) as large waves buffeted the crippled vessel. Speaking to the Irish Independent, the spokesman went on to say “With the mechanical failures and damage they sustained, they put out a distress call which we received about 70 miles north of Bermuda”. Luckily a Greek freighter, the Tetian Trader managed to pick up the distress call, and was close enough to the area to respond. The crew of the freighter managed to rescue the men from the yacht shortly before it slipped beneath the waves. The men are currently being cared for on the Greek freighter which is headed to Turkey. They will be dropped off at Gibraltar early next week, where they can then make their way home.

My friend repaired to his condo in Ireland. Later in the year he will re-cross the pond (in the air) and resume sailing with us in our waters. I look forward to hearing him detailing the lessons learned, etc.
Posted by Doc Häagen-Dazs at 8:09 AM 3 comments: 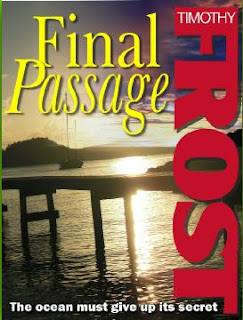 This was a thriller centered around a yachting race from the Canary Islands to Grenada in celebration of Columbus's 500th anniversary. Despite a promising prologue, this did not turn out to be a page turner. More like a snoozer. I use my transistor under my pillow to put me to sleep. Some nights NPR covering the sequester or BBC talking about Syria couldn't put me to sleep. I would turn to my Kindle where The Final Passage was stored and Timothy Frost would knock me out cold in 1½ pages.

I guess I just couldn't identify with the chief protagonist who made all the mistakes I never would have:

And it goes on and on. So many necessary lessons contained in this saga whose plot is full of twisted turns and contrivances. But I'll not say anymore lest I spoil the story for other potential readers.